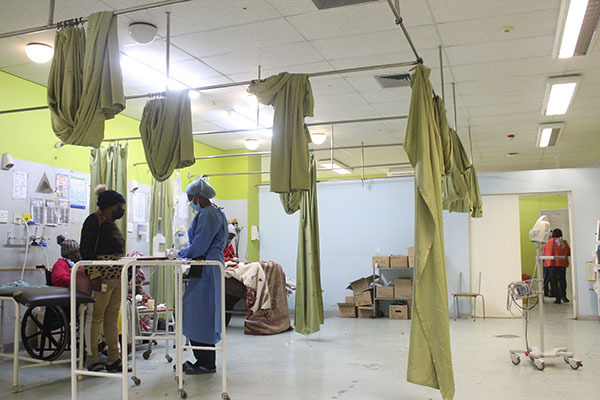 The case of a 26-year-old mother of three, who allegedly had her womb removed without her consent in Windhoek Central hospital in 2017, is yet to be determined.

According to the parties’ status report, Amalia Festus and the health ministry have not yet filed the necessary documents as ordered by the court during previous proceedings on 30 August.  They have since asked the High Court to give them an extension until 17 February 2023.

The only thing that has since been filed is the witness statement of Festus. Festus is currently engaging an expert who will draft a report for the hearing.

She is suing the health ministry for N$3.8 million for negligence and removing her womb without her consent. According to her witness statement, on 12 December 2017, she gave birth to a baby girl by Caesarean section at Katutura Intermediate hospital. However, she was left with abdominal and head pain.  She was dismissed on 16 December 2017 despite informing medical staff that she was not feeling well.

Because the pain had gotten worse, Festus did not leave the hospital and on 17 December 2017, she was examined. She was informed that she would be admitted at Windhoek Central hospital.

On 18 December 2017, despite being in excruciating pain, she had a consultation with a doctor at Windhoek Central hospital. She was allegedly informed that she had an infection and will be given antibiotics, which will be administered for five days. On 20 December, Festus claims she woke up in extreme pain and she recalls signing papers for an operation. After the operation, Festus recalls waking up and being in the “worst pain ever”.

“The nurse informed me that I will no longer conceive as during the operation to see what was wrong, they found my womb totally rotten and they removed it,” said Festus. After inquiring about how it might have happened, the nurse allegedly informed her that the health practitioners at Katutura hospital did not properly clean her womb before they stitched her up.

“I want the state to explain what happened because I do not know how I became infected. It was their duty as medical professionals to know and act with a diligent standard of practice,” said Festus.

According to her, the infection was never recorded in her medical passport and there is no record of her treatment between 13 to 15 December 2017.

“I often have dreams of having another (baby) and I sometimes wish I could but the reality hits me that I am now barren. I do not know how this happened, or how this void will be filled, or if it ever will,” said Festus.

She said although money cannot undo what has happened, the medical practitioners need to be held accountable.