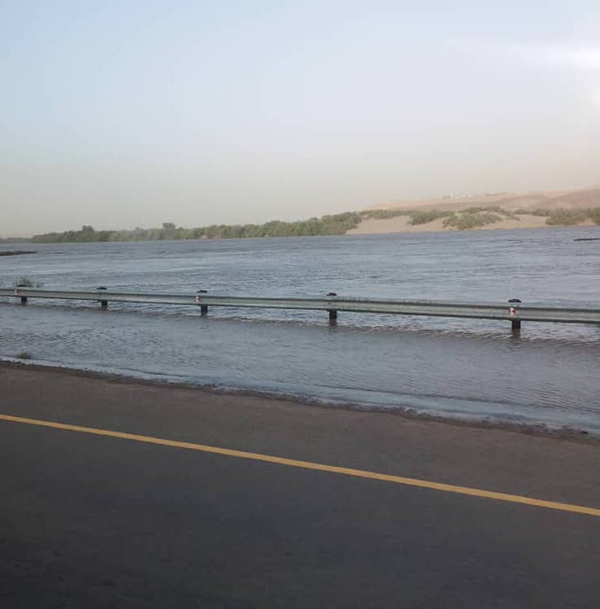 KEETMANSHOOP – Residents of Rosh Pinah are counting the economic loss following last week’s closure of the Rosh Pinah-Aussenkehr road due to flooding from the Orange River.

The Roads Authority last week announced the immediate closure of the road due to rising levels of the Orange River, which also forms a boundary between Namibia and South Africa.

Alexander Maasdorp, town manager of Roshkor township in Rosh Pinah, said the closing of District Road (DR 212) between Rosh Pinah and Aussenkehr has affected the economic growth of the town to a great extent. “Residents in the township are now losing potential income daily because of the road’s closure,” he said.

Maasdorp further elaborated that informal traders in Rosh Pinah who used to buy fruit products at Aussenkehr farms to resell for profit cannot do so anymore. “In addition, residents of Aussenkehr who need to travel to Rosh Pinah for shopping and visiting public service offices now have to sit idle as the busses commuting them seized to do so,” he added.

The town manager continued this inconvenience is caused by the fact one now has to travel through Oranjemund or Keetmanshoop to reach Aussenkehr.

“With the current high fuel prices, people are just not willing to drive up to 500km extra to reach their destinations,” he said. Another challenge residents will now face is that some learners attending school in Rosh Pinah, especially those who have already completed their year-end examination, might not be able to go home for holiday in Aussenkehr. Maasdorp also raised the concern the road between Rosh Pinah and Oranjemund (MR 118) might also be closed soon if the water level rises.

“This will now result that travellers have to ask permission from Namdeb to make use of the desert road to Lüderitz or drive through Steinkopft and Port Nolloth (South Africa) to Noordoewer border post in Namibia if they urgently need to travel to towns like Keetmanshoop or Windhoek for medical or other emergencies,” he said.

A senior employee of Oranjemund Ops Security Company, who has employees stationed at the Sendelingsdrift mine on the road between Oranjemund and Rosh Pinah, said they are not really affected by the closure of the road.

“We relocated all our staff back to Rosh Pinah and are thus not having any interruptions in our daily operations,” the employee, who requested anonymity, said.

Meanwhile, Honey Busch, a resident of Oranjemund said this is the first time they experienced the water levels of the Orange River rising to such high levels. “The other challenge is that the road is not strong and already wet, giving the river more power to damage infrastructure,” he raised the fear.

He also said the right lane of the road is still accessible for emergency services vehicles, provided that the water level does not rise higher.

“For now, we have only two options to reach Keetmanshoop or Windhoek in case of emergencies,” he said.

Busch continued that those having official passports can make use of the road at the South African side through Alexander Bay and Vioolsdrift to reach the Namibian Noordoewer border post, but with the high fuel prices and delays at border posts, this can present another challenge.