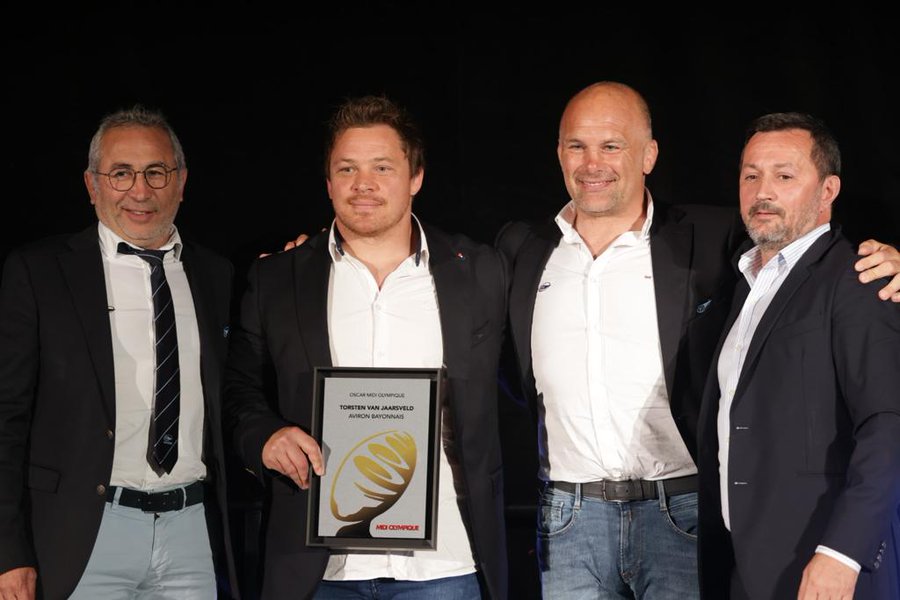 Veteran Namibian hooker Torsten van Jaarsveld, who plays professionally for the French Pro D2 side Aviron Bayonnais, was recently honoured with the prestigious Olympic Midi Oscars for his outstanding performance throughout the season.

The 34-year-old versatile hooker, who only returned to full speed around March this year when he successfully recovered from a fractured nose and orbital floor, has been exceptional this season, and his hard work for the French club has not gone unnoticed.

Each year, journalists of this newspaper and its readers reward the three best players, the best trainer and the best rugby union player in the French championship.

The Olympic Midi Oscars were created in 1954.

It remains one of the oldest sports awards and the most prestigious for rugby players in the French topflight.

It is often said the forwards decide who wins the match – the backs by how much – but for Van Jaarsveld, he does both with relative ease.

Powerful and intelligent in his collective game, the Namibian is also a formidable try scorer with more than 11 tries this season, and looks well set to double it up.

He proved to be a key element of the Bayonne first line, and his skilful throws and maul drivers back that up perfectly.

“This region is really incredible; we are very lucky. My best memory here? It was with Namibia when we played against the All Blacks. But we didn’t win though (laughs),” said Van Jaarsveld as he received this individual trophy from the editor-in-chief of Midi Olympique Emmanuel Massicard in the company of Aviron Bayonnais head coach Yannick Bru.

Van Jaarsveld, who previously had stints with South African outfits Cheetahs, Free State, Pumas and the SA Barbarians North, also represented Namibia at the 2015 and 2019 Rugby World Cups in England and Japan.

Bayonnais, for the 2016/17 season, competed in the top tier of the French league system in the Top 14 competition and the 2015/16 season; they were promoted after finishing second and winning the playoff final against Aurillac.

In their first season in the top division, they finished in last place and were relegated back to Pro D2 for the 2017/18 season.

Family appeals for murder accused to get bail